Wind chill factor - why are we colder when it's windy ? 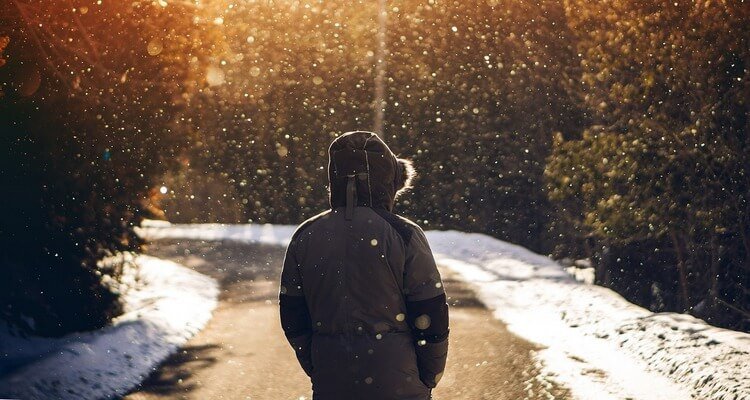 In the absence of wind and sun, the temperatures in the weather reports are calculated in the shelter. On the other hand, an accurately measured temperature of -5°C corresponds to a perceived temperature of -10°C with a 20 km/h wind and up to -16°C with a 60 km/h wind. The increased feeling of cold, known as "wind chill" is caused by heat transfer via convection.

Heat exchange occurs between the surface of the skin and the thin layer of air in touch with this surface when you are outside in cold weather. Your skin will heat up the air around it because it is roughly 35°C. Since heat transfer is proportional to the temperature differential between the two bodies, the transfer becomes progressively weak as the air around the skin heats up.

In the presence of wind, the perceived temperature drops several degrees.

However, in the presence of wind, the air flows swiftly, replacing the air warmed by the skin with cold air. As a result, the skin emits the greatest amount of heat permanently, with the temperature differential being significant.

A fan works on the same principle, constantly moving the mass of air so that "fresh" cold air comes into touch with the skin.

Weather forecasts are progressively using the concept of "perceived temperature," which considers the wind. There is nothing scientific about it, however; This is an estimation used in regions with a harsh climate to notify the people of precautionary measures to be taken against damage caused by the cold (frostbite, hypothermia, etc.). Wearing insulated clothes or multiple layers of clothing, which trap warmed air and hold heat, can help to reduce wind chill.

Why offsite backup is important: strategies to protect your data?

Roof Water Damage - what are the 7 early signs of problems

What to do when your iPhone falls into the water?

What is an SSL Certificate and what does it do for your page?

Nightmares are more common in people who sleep longer