What would happen if the Earth's rotation stopped? 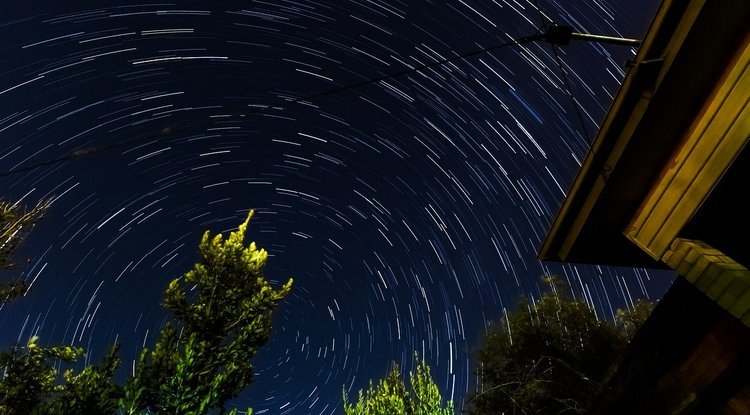 Our planet Earth rotates around itself without our knowledge. The repercussions of this rotating movement, on the other hand, are numerous. And if it were to slow down or stop, it would drastically alter our planet's appearance.

Twenty-three hours, 56 minutes, and 4 seconds. This is how long roughly it takes our Earth to circle around itself today. A rotational movement at the origin of the alternation between day and night. But also wind regimes and sea currents because one should note that a point on the Earth's surface moves at a rate that is proportional to its latitude. The speed reaches a maximum of 1,700 km/h on the equator, while it is roughly 1,100 km/h in Paris, for example, which will influence air and water flow.

However, researchers have noted that the Earth's rotation is slowing down. As a result, some people envision what would happen if our planet stopped spinning around itself, even though NASA researchers believe the chances of this happening are near zero.

First and foremost, the alternation of days and nights would be disrupted. According to the theories, we would then live six-month days and nights or everlasting days and nights. Extreme temperatures would range from 60°C to -50°C, depending on the quantity of sunlight existing at the time. Enough to turn our planet into a gigantic desert, where life would face all kinds of difficulties in surviving.

A series of disasters

Scientists also believe that if the Earth stopped spinning, it would assume a nearly perfect round form rather than the potato-like shape it currently has. The tectonic plates would be the ones most affected, and our planet would then go through a period marked by an unusually high number of earthquakes. And, as the oceans rebalance, most land areas would be flooded before finally focusing on the poles due to the loss of the effect of centrifugal force.

The magnetic field, which acts as a shield by deflecting solar wind particles, is also affected by the Earth's rotation. This magnetic field would vanish if Earth stopped spinning, and we would be exposed to lethal radiation.

Even worse, if the phenomenon occurs unexpectedly. Physicists predict that everything on the planet's surface, including houses, cars, and people, will fly away to the east due to inertia, including the ocean's waters and our atmosphere. This sudden stoppage of rotation would be enough to unleash massive tsunamis and winds akin to those accompanying nuclear explosions.